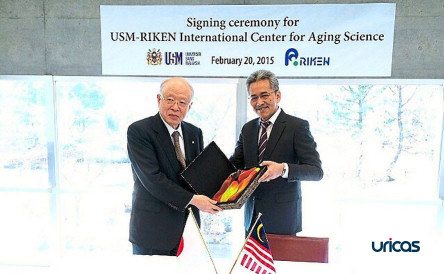 Numerous studies have shown that chronic infections significantly reduce the life expectancy of the aged. Common infections in the elderly usually consist of pneumonia, tuberculosis, urinary tract infection, salmonellosis and bacterial meningitis especially those living in nursing homes due to their close quarters and movement of infected residents. Reliance on medical devices such as bladder catheters, dialysis machines, and intravenous drips are also factors contributing towards increased in bacterial infections due to breaches in the skin barrier. In addition, the chances of hospitalization requiring invasive procedures are higher in elderly patients, increasing the risk of bacterial infection and from hospital-acquired infection. In most cases, the bacteria may form biofilms and remain there for a long time or permanently until treated.

In this study, we propose that transcriptome analysis, which can characterize all transcriptional activity or just a selected subset of RNA transcripts by high-throughput sequencing technology, can be used to elucidate the mechanistic differences between the planktonic and biofilm states of S. Typhi, and to provide detailed information regarding genes expressed in these two phenotypic states of the organism in the human host. The ultimate objectives would be to develop new antibiotics for therapeutic modulation and new diagnostics for detection of typhoid carriers, in order to eradicate the disease.